The regular plumbing p-trap (p-trap with smooth walls) is not self-cleaning, because it is not designed to be self-cleaning. When you don’t use the sink, all the particles from the water or hair will stick on the horizontal arm, where it will build up and strangulate the p-trap. Heavy materials will sink in to the bottom of the U shape, and the p-trap will become clogged. The Flex P-trap is the world’s first self-cleaning P-trap to use capillaries wall with a unique dual-action. First, it reduces the contact surface, second it lubricates the contact surfaces of the particles (hair) with the wall.

The dirt (hair) on the surface is picked up by the water and washed off the P-trap.

The self-cleaning flex p-trap works similarly with the self-cleaning glass from commercial buildings. The glass is coated with a thin film of titanium dioxide, which reacts with sunlight to break down dirt on the glass. Then, the glass allows rain to wash away the dirt with almost no streaking because the surface coating causes the water to spread evenly across it. Since the self-cleaning glass is a two-stage process, the glass must be installed in a location that receives sunlight and rain for it to work properly.

The p-trap works in three stages:

Stage 1. The p-trap is full with water. Turbulent-flow in full p-trap. In this stage all p-traps are self-cleaning, because of the rough water flow. The water in contact with the walls flows in all directions, and lifts up the particles from the bottom of the wall. Fig.29 (point 2), video 29A

Self-cleaning of p-trap from hairs

The bathroom sink is many times clogged with hair, and hair works like capillares pipes and can socket all the water from the U shale of p-trap, leaving the drain without the water seal. Because of this, it is time to pay attention to the p-trap. The hair from the horizontal arm of the Flex p-trap can have 3 positions, as you can see in Fig.30B:

Pos.1 The hair on the side wall (on the dry surface) where it sticks

Pos.2 The hair on the wet surface where is stopped (does not stick there), and can slide down

Pos.3 The hair in the water where it can float

The p-trap with smooth walls has only pos.1 and pos.2, because it does not have capillaries pipe with water. For a little while, pos.3 will be wet and the rest of p-trap dry, and the hair can slide to the drain if it has a new wave to push it. If there is to much hair, it will stick on the side wall and will not slide to the drain. The contact of the hair with the inside surface is a continuous line, but for a p-trap with capillaries pipes it's a discontinuous line. If you have a plastic straw as in Fig.30B, when rotating counterclockwise the corrigan pipe with capillaries wall, the pos.1 will became pos.2, pos.2 will be pos.3 and the straw will rotate. For a p-trap with smooth walls, the straw will not rotate because it does not have water pos.3. will slide only. Please see video 30B and video 30A. 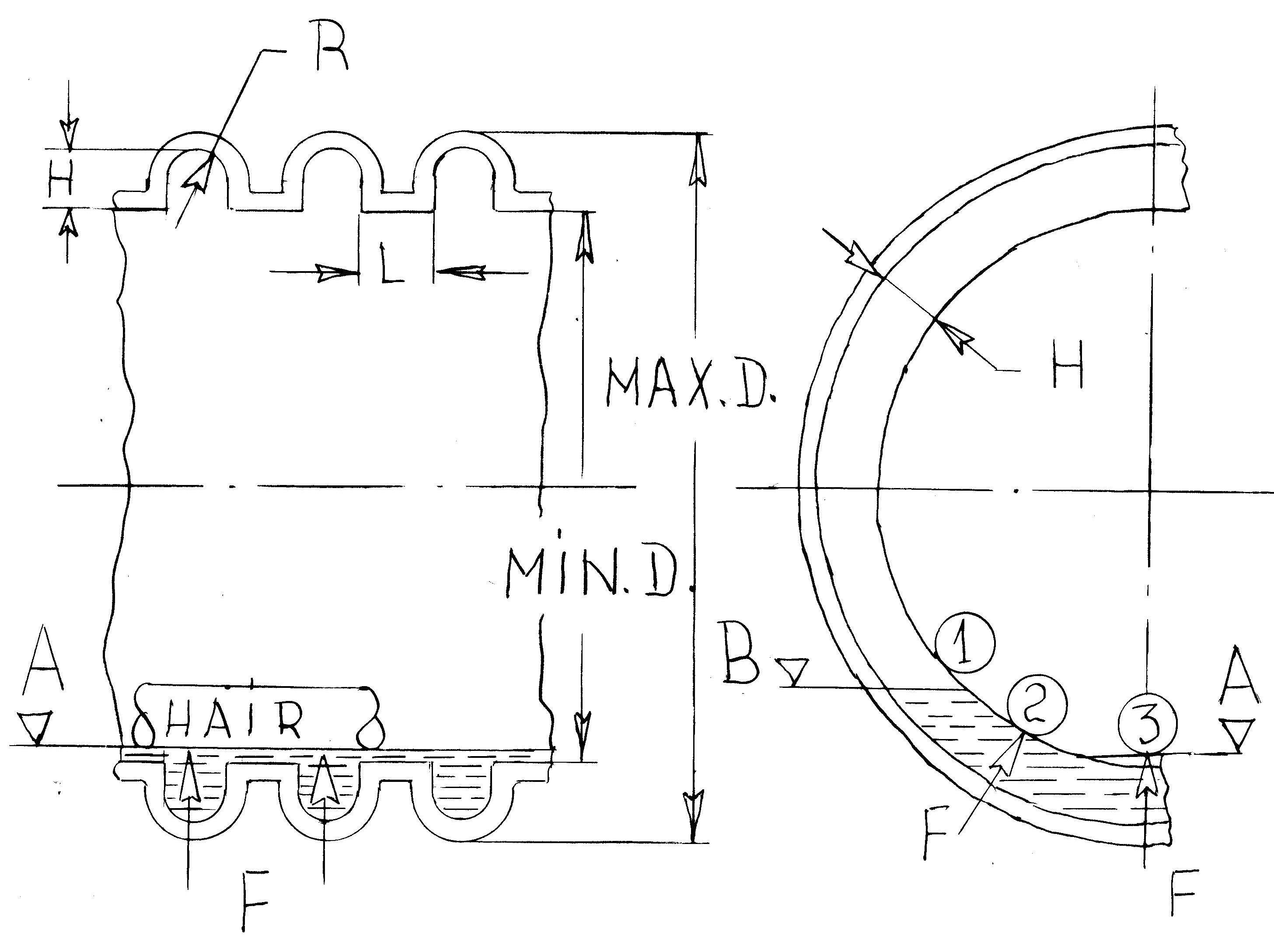 All orders ship via USPS, with delivery within 3-5 business days, and include tracking numbers.

Give us a call or send us an email if you have any questions!

If you're not satisfied with our products, you have 30 days to request a refund.

Keep in touch with us!